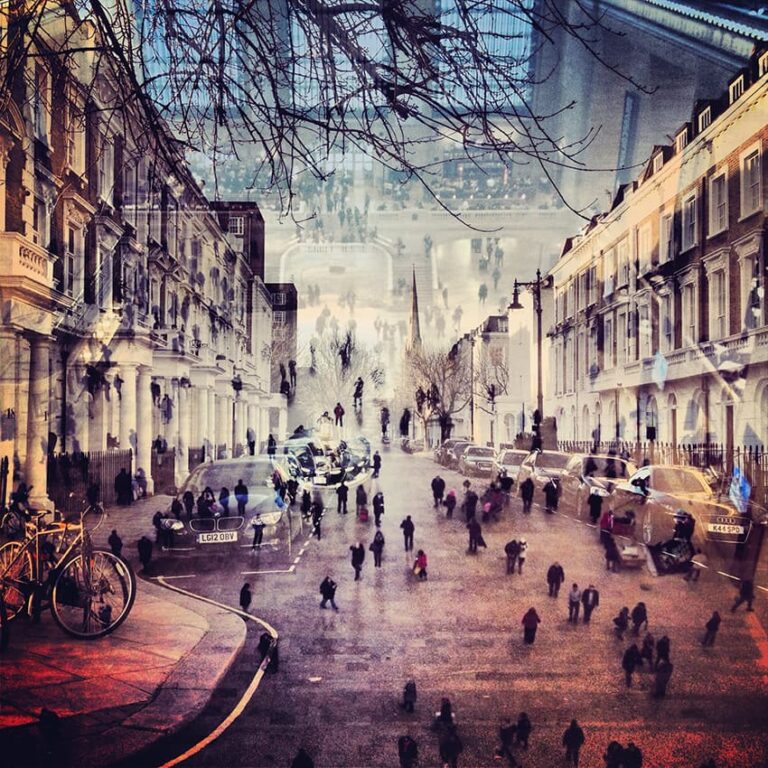 Our lives are surrounded, flooded by images. All of these images have an impact on us, but only a few of them register consciously and give you that ‘aha’ sensation. Daniella’s New York + London did just that to me: there’s some playful immediacy about them, you’re drawn into a game of trying to guess where they were taken. At the same time, many of them take you floating above these cities, showing you the world from a dreamy, lonely, god-like perspective.

GL: How did you discover your method of digital double exposure?

DZ: I basically had no experience with double exposures before this project, outside of accidental composites in my film photography. A few weeks before I moved to London I stumbled across the Image Blender app and thought it was kind of fun, and so when I came up with the idea for New York + London it just clicked. 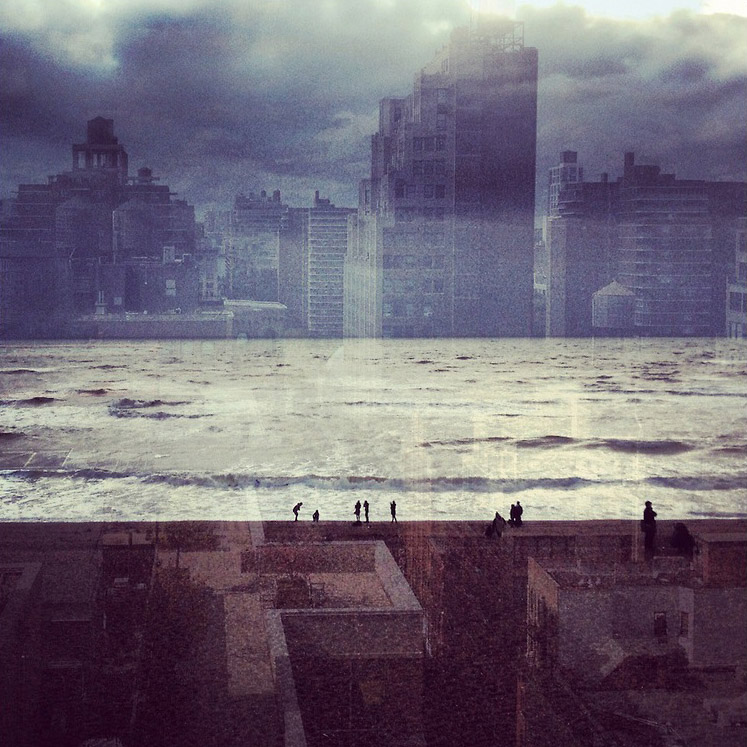 All of the photos for my New York + London project were taken very casually — in New York, they were taken with a twinge of nostalgia as I was preparing to pack up and move, and London they were taken through the eyes of a tourist, essentially, in my new home. None of the images were taken with composites or specific pairings in mind — that all happened organically. For this specific double exposure, the New York photo was taken while on an assignment for the Wall Street Journal on the 100th anniversary of Grand Central Terminal, and the London image was taken just around the corner from my flat in Pimlico.

GL: With street and documentary photography we all have our methods of being (almost) always ready to take a picture. How would you compare your own attitudes and strategies when you’re shooting film, digital or on a smartphone?

DZ: My attitudes differ pretty dramatically depending on whether I’m working with film, a DSLR, or an iPhone. With medium format film I’m slow and thoughtful, with my DSLR I’m a little trigger-happy. The iPhone is somewhere in between — because it’s such an informal medium, I tend not to overthink framing and composition, which can be surprisingly freeing.

My phone is almost always in my hand. It’s a horrible habit (born of spending many years as a spot news photojournalist in New York City and always being on call in the event of… pretty much anything), but it means I’m always ready. For New York + London I was a little less in street photography hunting mode because so many of these images are architectural and, thankfully, buildings are a little more forgiving than people.

GL: You used your iPhone. Why not film? Digital? Is this a technical/financial choice or an aesthetic one?

DZ: It’s mostly a choice dictated by convenience. I love my medium format camera dearly, but it’s a bit of a tank and not really something I stick in my handbag when I run to the grocery store. My iPhone is with me at all times, and it probably most accurately captures what I see on a day-to-day basis. I really wanted New York + London to reflect that. 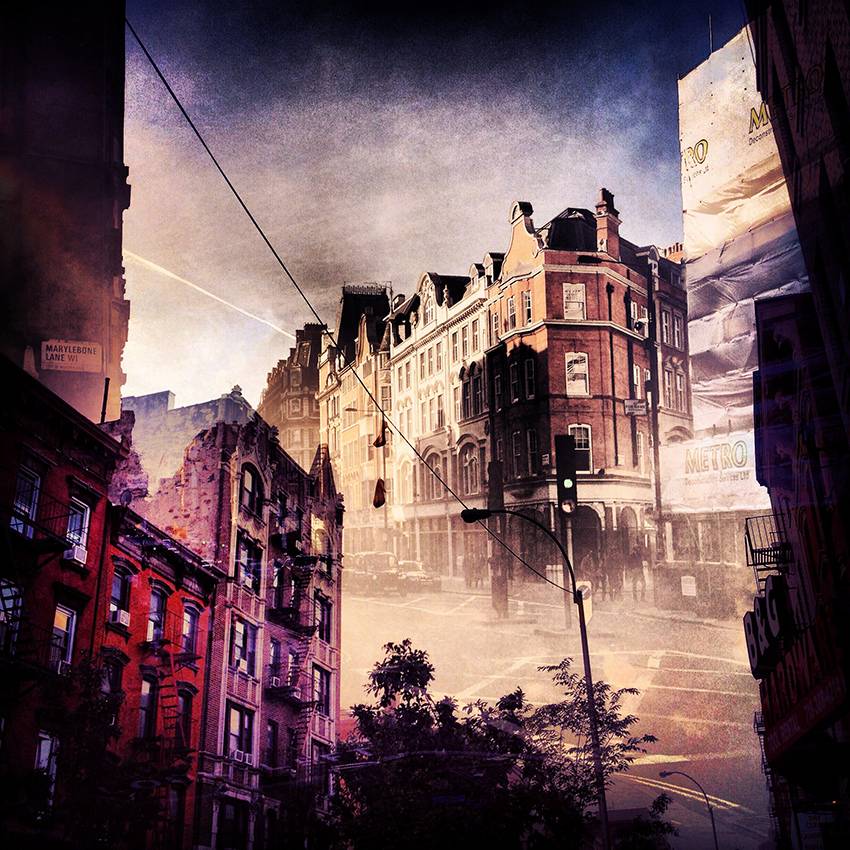 GL: How do you feel about not being able set your camera manually? Does it bother you? Does it free you?

DZ: Sometimes, not having manual control over my phone is a little annoying, but for the most part I’ve embraced it. I almost make images with my phone like I would with a film camera — snap a frame or two, lock my phone, and look them over later.

GL: How much do you usually work with in ‘post’ with your stills? What about this image – could you talk about the relationship of the originals and the final output? 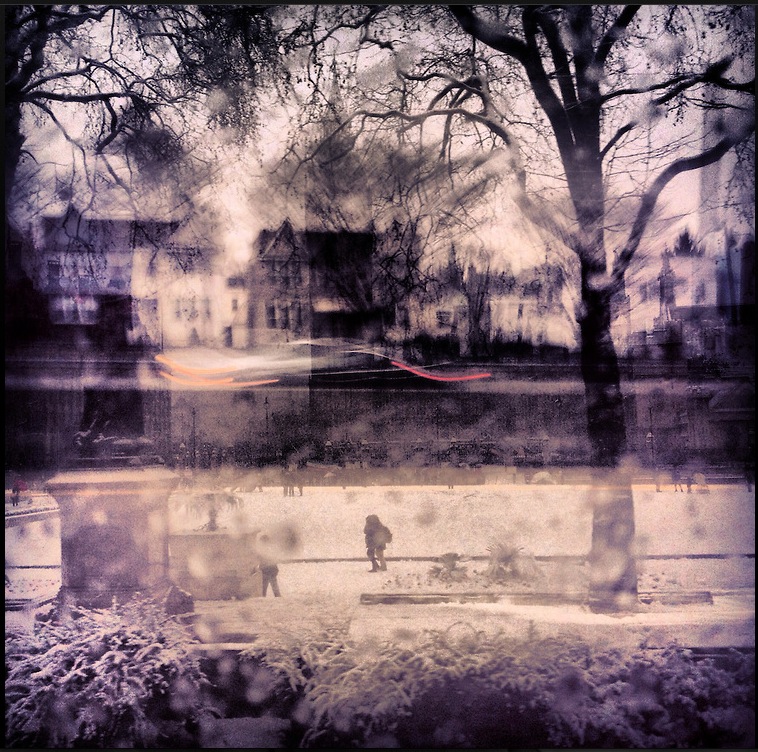 DZ: I’m a fairly terrible editor. I never really learned how to properly tone images and it’s still a huge weakness. That being said, as a photojournalist I really don’t believe in a lot of the heavy postprocessing that’s become so popular recently. These images aren’t actually edited all that much — once composited, I apply one (sometimes two) Instagram filters, and that’s it.

GL: What is it about this picture that makes it your favorite from the series?

DZ: It’s partially for sentimental reasons, since the NYC image of Grand Central Terminal was taken during one of my last weeks working for the WSJ’s metro section, and the London image is from my new neighborhood in London. It’s also not quite as straight as some of the other New York + London photos — it’s a little weird and surreal and I like that.

GL: Do you have any other projects in mind that are smartphone-specific?

DZ: I’m working on another iPhone double exposure project called @echosight with buddy and fellow photojournalist Danny Ghitis. The images are much more fantastical and surreal, and are based more on collaboration and combined vision rather than my own nostalgia and memory. 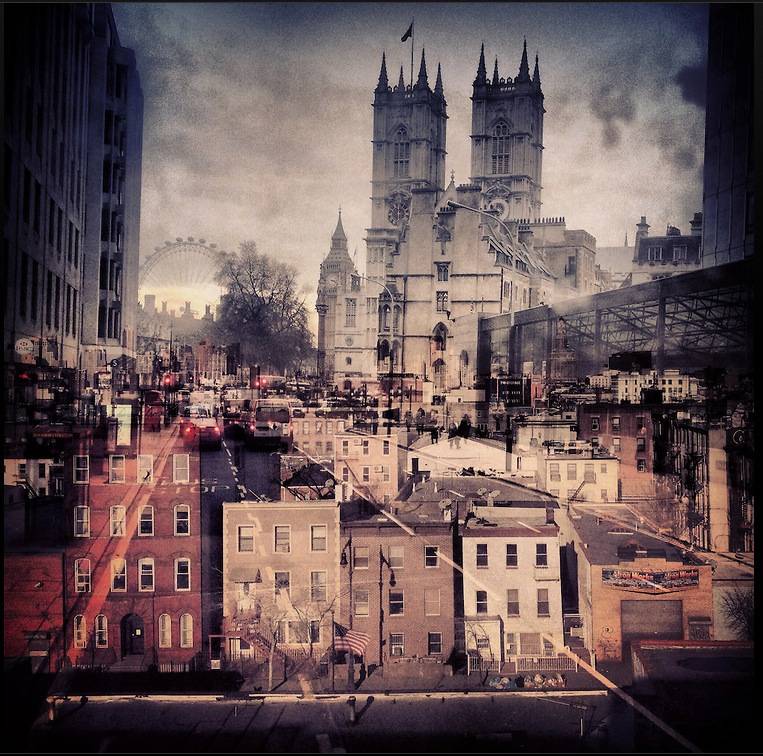 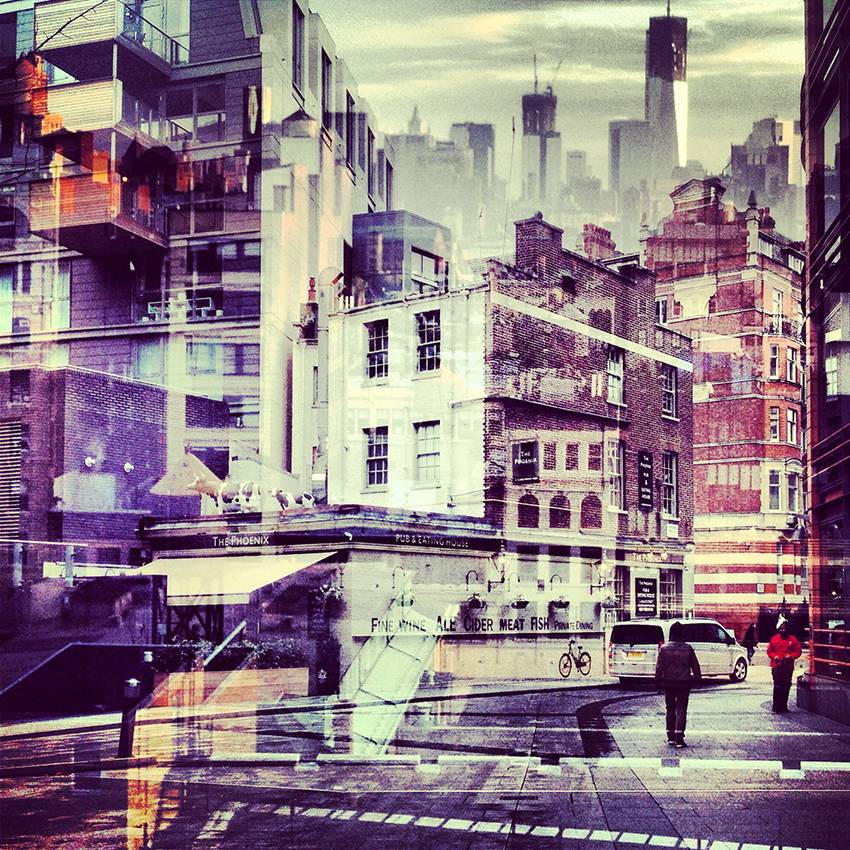 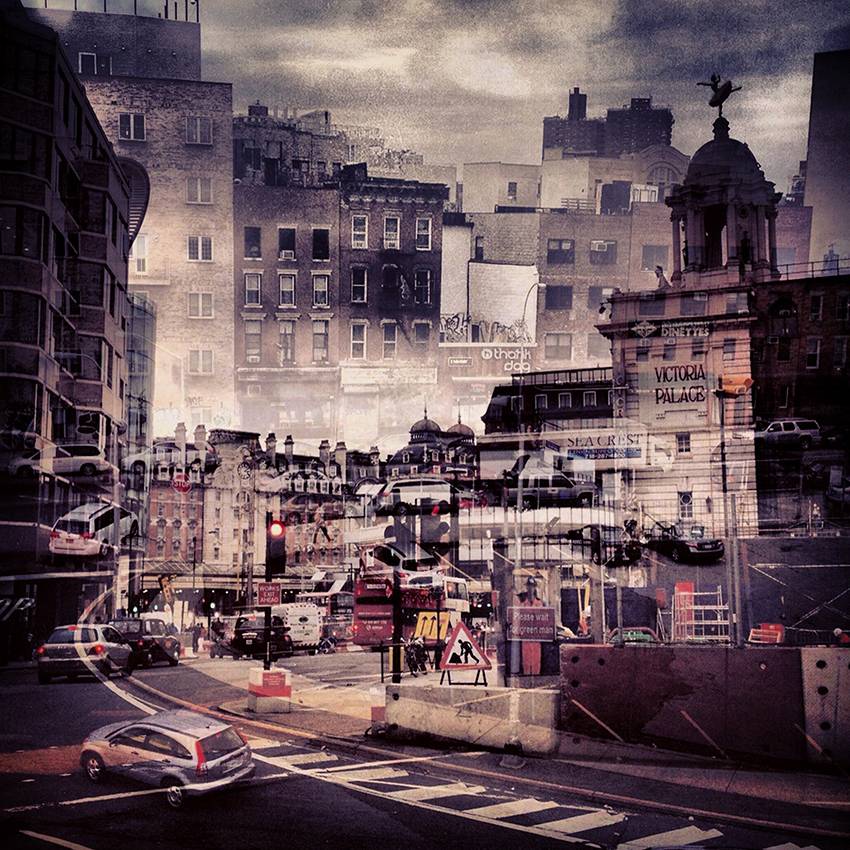 (To see more of Daniella Zalcman’s pictures visit her website at dan.iella.net. Click here to see more of her New York / London photos. All images © Daniella Zalcman and are reproduced with the permission of the author. This interview was first published on l1ghtb1tes.com on July 8, 2013.)