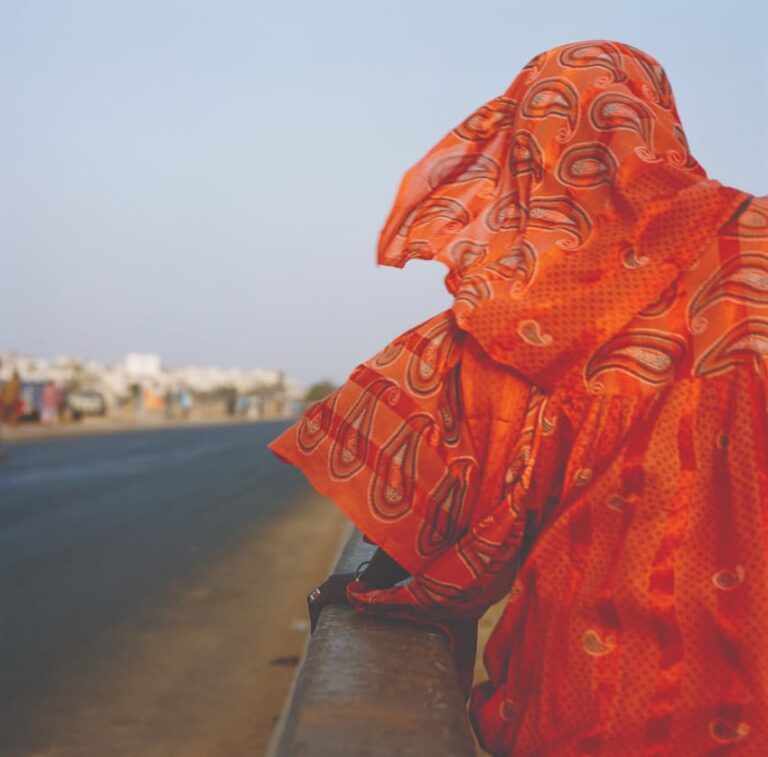 GL: Your pictures from Dakar are currently on display at the Somerset House in London. When I saw them I sensed a mixture of immediacy and formal discipline. How did you take these pictures?

MM: While working on En Route To Dakar, I was lucky enough to be mentored by Mr. Martin Parr, whom I like to call Mr. Martin. Once, as he was commenting on my photographs, Mr. Martin told me, to spend much more time on taking my photographs. “Mr. Martin, more than one hour per photograph?”, I asked. “One hour? Mimi, you must stay one day, one week, one month on a photograph… until it is good!”

So I went back to Dakar and applied the methodology suggested by him. This picture must have been taken in March 2008. There was this spot along the motorway, where a bridge was to be built, but at that moment people still had to just cross the highway to go from one part of Dakar to the other. Every day from early morning until the evening, commuters, school kids, vendors, women… Everyone was flowing from one side to the other and I thought this was pretty symbolic, important for my story, and mostly, it was visually compelling!

I waited in the middle of the carriageway and stayed there all morning and the day after all afternoon and the following day from morning until late afternoon and so on… I have a lot of photographs of people jumping across the highway. This is one I am quite happy about. I like the colors, and I like the posture of this lady imposing her elegant and eloquent figure on my frame.

GL: How do you get ready for such moments mentally? And how do you make sure that the image is going to be okay technically?

MM: Generally speaking, I believe in the photographer’s expertise to be able to catch volatile moments, to be able to render them universal in a photograph. This is what is exciting about reportage/documentary photography. Only by doing so can you maintain a good honest balance between you, the photographer, and the reality you are trying to capture.

It’s a bit like fishing. If you go out to the ocean, place a bomb into the sea, detonate it and then come and collect the dead fish, this is not what I call fishing, this is plain and simple mass murder! But when you go out and spend a day with your rod waiting for the good catch, not only you’ll feel more in balance with nature, but you’ll have thought a great deal during that day. That’s why fishermen and photographers are usually wise people, because they learn to observe and to listen. The means are as important as the end!

I am always aware of the moments I would want to catch with my camera, even if for some reason I do not have the camera with me. This is my natural attitude towards life. Yes, I do go to places where things are more likely to ‘happen’ but photographs are virtually everywhere!

As far as the technical aspect of capturing the right image, here you need some skills, you need to know your tools, you have to master your camera and be ready to capture the moment without hesitation. I must admit that I did loose a few photographs along the years, but this is also part of the game. If it is true that you learn from your mistakes, then I must be very clever by now!

GL: What camera did you use? Film? Digital?

MM: There is not much to say about it other than the fact that I use both film and digital. If I have no budget or time to work with film then digital is a great tool.

GL: What was the original format? Square? Or did you crop it? What lens did you use? What were your settings?

MM: I never crop! En Route to Dakar has been shot with a film Hasselblad 500cm, which takes square-format 6X6 photographs. As far as exposure settings, I was pretty lucky in Dakar, as the weather was almost all the time constant and simply fantastic. I knew that every day early in the morning at around 5 am I was at 1/30 and  f/5.6. As the sun climbed higher, the shutter speed was getting faster and the aperture got smaller. From midday until 4 pm my settings were without a shadow of a doubt 1/250 and f/22 and that’s with my 400 asa film.

GL: How do you measure light when doing pictures like this? Manually? Or do you rather use aperture priority or shutter speed priority? How do you set up your camera so that you’d be always (or almost always) ready to shoot?

MM: When I shoot with my Hasselblad, I always use a small external lightmeter. If clouds start gathering in the sky or if I point my camera towards places sensitive to sudden changes of lighting conditions, then I constantly measure the light in order to be always ready. Having said so, when I get used to a situation, I often simply guess…

GL: How were you focusing? Manually? Auto-focus?

MM: Manual focus, the lenses I use with the Hasselblad are old lenses, simply because the camera itself is old and does not support AF.

GL: Things often just ‘happen’ the right way. What do you think about the shutter speed in this case (technically) and the asthetic ‘side-effect’, how her clothing is slightly blurred in the wind, but the rings on her fingers are absolutely sharp?

MM: It’s all about blending control of your camera settings and allowing wonderful mistakes to happen. In this particular case, everything was pretty much intended. 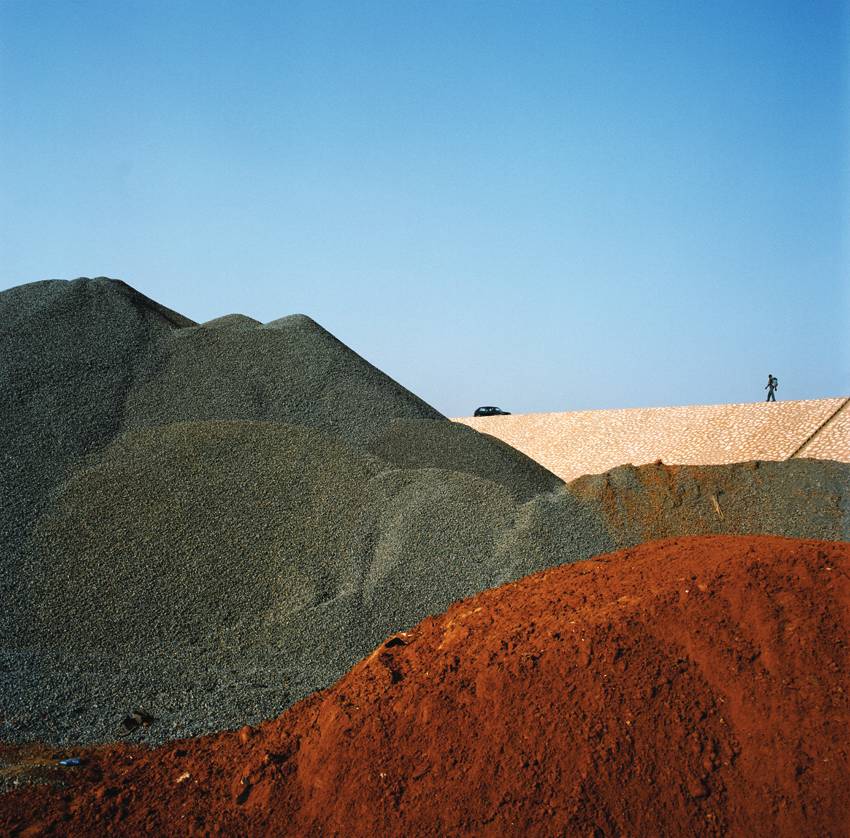 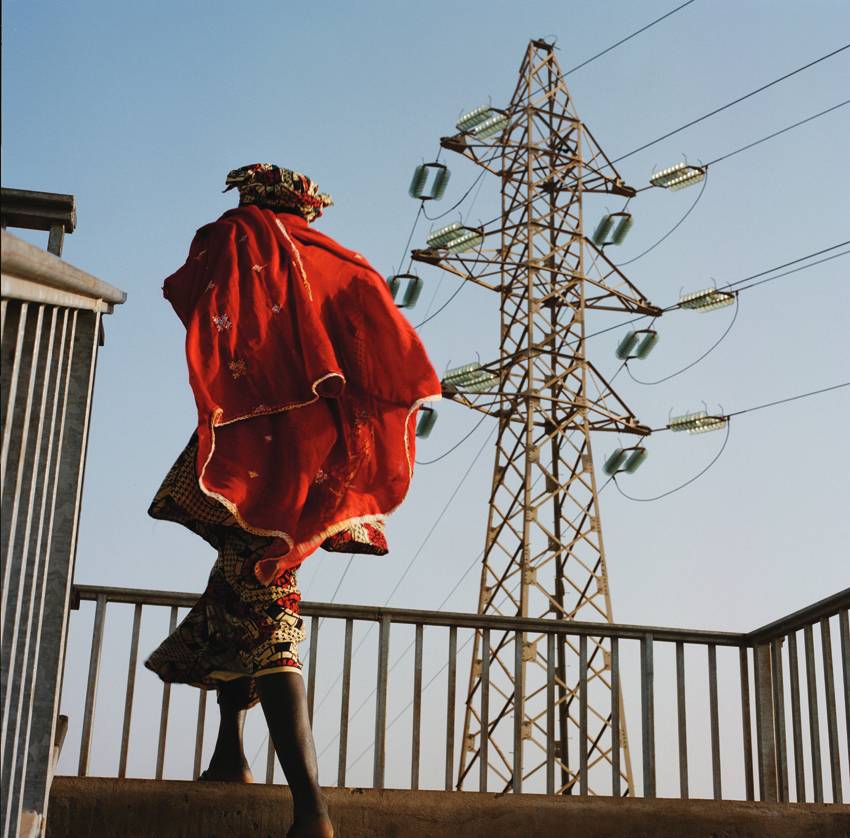 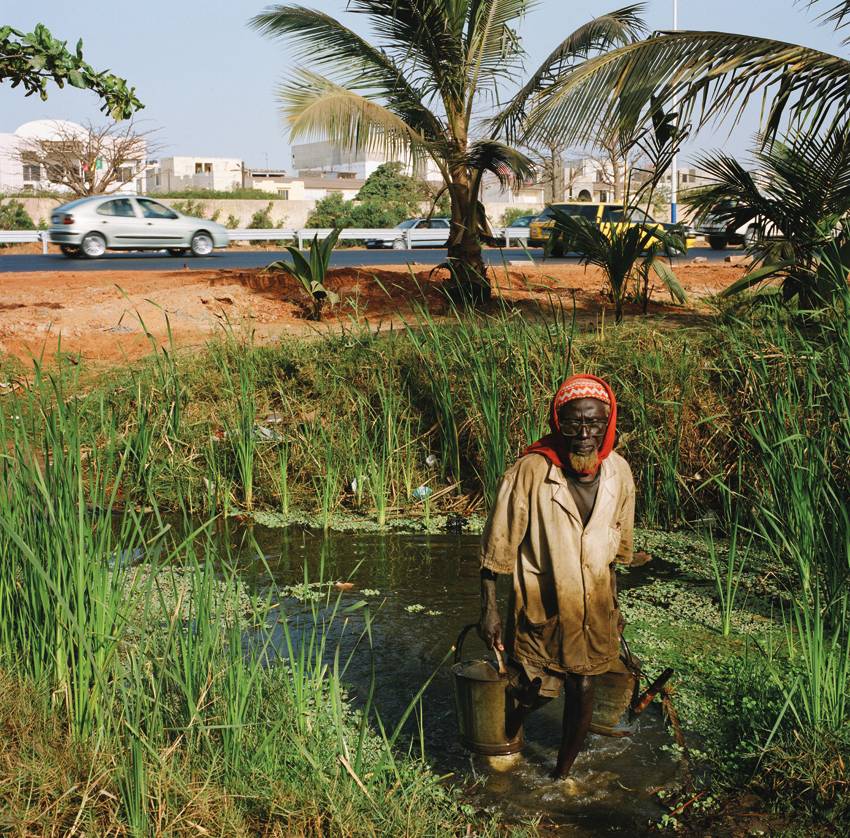 (To see more of Mimi Mollica’s pictures visit his website at http://www.mimimollica.com. All images © Mimi Mollica and are reproduced with the permission of the author. This interview was first published on l1ghtb1tes.com 0n May 28, 2013.)